We didn’t know what to expect.

Weelunk caught the attention of Jake Lynch, the director of network communications for the West Virginia Community Development Hub, and he brainfested a gathering he labeled, “New Story: Changing the Narrative in West Virginia,” a conference at WVU in Morgantown he hoped would collect entrepreneurs and media members from throughout the Mountain State in one place.

And Jake did it. Lynch is a native of Australia who moved to the United States several years ago. His background is in small-town journalism, but he’s also worked within in the Washington, D.C., district. Jake moved to West Virginia because of his wife’s roots and because he discovered a home with the Hub. And then, once settled, Jake Lynch looked around and what he saw was a 55-county state with five regions of people who were experiencing various unique-to-area issues as well as a few problems similar in all hollows, panhandles, valleys, ridges, rural, and urban landscapes. 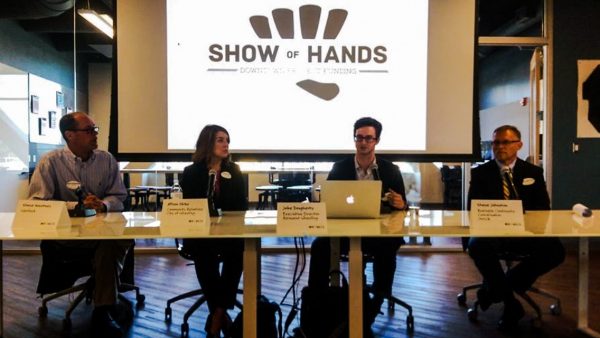 The W.Va. Hub’s “New Story” Conference began with a panel discussion focusing on the “Show of Hands” events that have been taking place in Wheeling the past two years. Novotney, Allison Skibo (city of Wheeling), Jake Dougherty (ReInvent Wheeling), and Steve Johnston (Orrick, Herrington & Sutcliffe) explained the origins, the impact, and media coverage.

He went with what he knows best – the media – and journalists from throughout the Mountain State joined one another at the WVU Reed College of Media Innovation. Employees and volunteers from West Virginia Public Broadcasting, the Appalachian Regional Commission, Appalshop, the MESH Design & Development, ClutchMOV, Generation WV, Charleston Gazette-Mail, Ohio Valley ReSource, The Daily Yonder, The State Journal, New South Media, Wayne County News, The Observer, The Journal, and the Tamarack Foundation for the Arts were joined by Catherine Moore and the Beauty Mountain Studio, Elaine McMillion Sheldon, Courtney Balestier, Crystal Good, and Mike Queen and the AJR News Network.

And Wheeling was represented by a contingent charged with explaining how ReInvent Wheeling’s “Show of Hands” and Weelunk have played important roles with the ongoing revitalization of the Friendly City. ReInvent Wheeling’s director, Jake Dougherty, was joined by the city of Wheeling’s Allison Skibo, Steve Johnston with Orrick, Herrington & Sutcliffe, and yours truly, and I also participated in a panel discussion with with Weelunk co-founder Jason Koegler and Andrew Carroll from sister-site Elkinite. 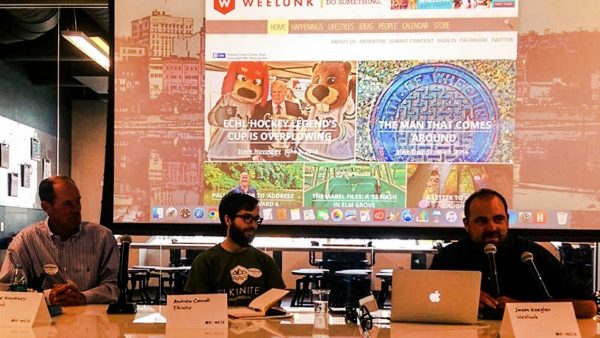 Lynch led the conference-opening conversations, the crux of which was what he and the others wanted to know involved the “How?”

Each participant of “Show of Hands” is offered four minutes to present a business or project idea, and following each of the respective pitches, the participants field four questions from audience members. At the end the audience members are asked to vote for their favorite presentation, and the one that collects the most votes wins the prize money. International law firm Orrick, Sutcliffe & Herrington has been donating $1,000 to each of the events, and the winners have collected that amount plus what has been generated by donations offered by those in attendance.

“I thought it was important to make it very clear that ‘Show of Hands’ is something that is very inclusive to people all of ages and all ideas,” Dougherty said. “And I do believe it’s something that would work very well in other communities around our state, and I would be more than willing to help those people who want to start something like it in their area. 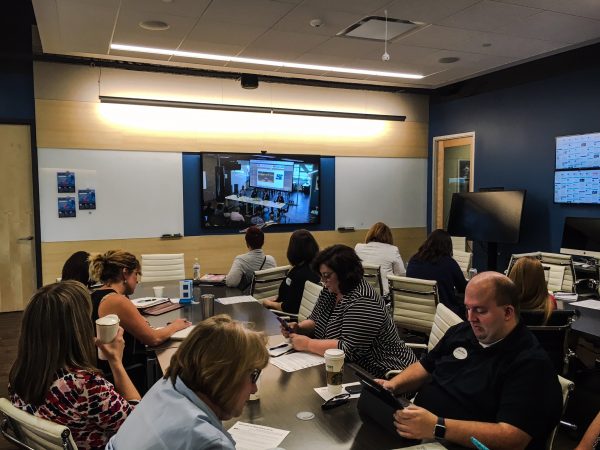 The overflowing crowd had the chance to watch and lift in a work space adjacent to the main meeting room.

Weelunk launched on Nov. 1, 2014, and each day since at least one new story has been published. While I compose the bulk of the editorial content, Weelunk has attracted nearly 200 community contributors who have submitted hundreds of articles in the past 20 months that have fit the, “Happenings,” “People,” “Lifestyles,” and “Ideas” categories. Our readers have learned about everything from the legends of Roney’s Point to one family’s storied history in South Wheeling via Gerry Griffin’s “Mabel’s File” series. 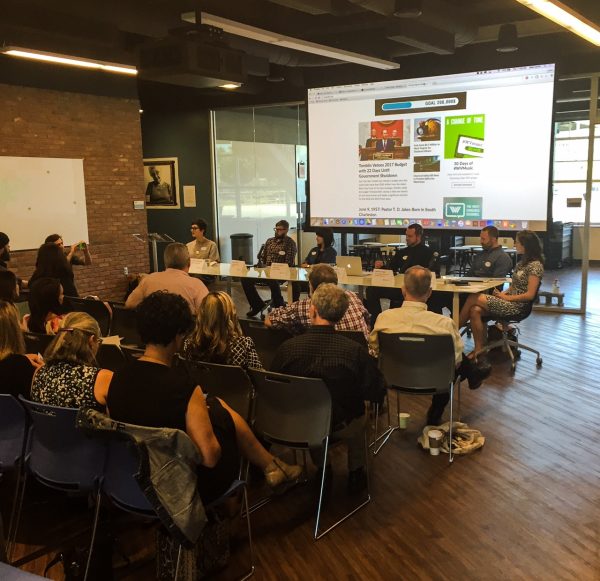 We explained why Weelunk started, how it operates, how often the content has been read since the launch, and why and how other communities have launched similar websites in the Elkins, Martinsburg (Miburg), and Huntington (Huntiful) areas – with more to be created in the future. We also had the chance to listen and interact with many others from around West Virginia who are attempting the same in their areas in an effort to maximize the flow of information and communication, and how traditional media outlets are successfully evolving, too.

Jake Lynch pulled it off with the “New Story: Changing the Narrative in West Virginia” conference because it brought concerned Mountain State citizens into the same room to learn from each other. And that’s exactly what it took, and we are all better for it.