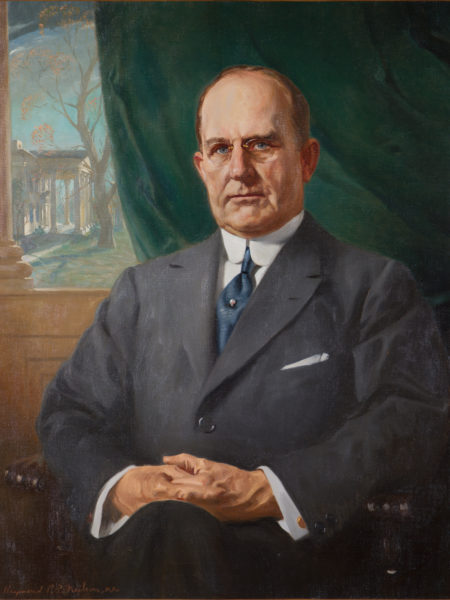 Each time I walk through the Oglebay Mansion Museum, I stop in front of Earl W. Oglebay’s portrait and thank him. He is not there. I know that, but I feel so much gratitude for the incredible gifts he has left Wheeling that I cannot help but acknowledge it in some way. Mr. Oglebay is just one of many generous philanthropists who have given their time and fortunes to the city and without those gifts, Wheeling would be far less wonderful.

I first learned to think deeply about philanthropy as an English professor at Xavier University in Cincinnati. A generous donor had assisted the college in setting up a program that would help students understand the difference between philanthropy, grants, donations and other forms of giving. Every semester, my students and I would develop a call for proposals and invite local organizations to send us requests for funds to start up or continue a program for the people they serve. Through this process, we all came to understand that philanthropy means more than simply giving money. It means ensuring that organizations receiving funds have a plan in place for how they would responsibly use that gift now and in the future. Philanthropy is not about one-time giving. It is about sustainability and growth.

Philanthropy is not about one-time giving. It is about sustainability and growth.

Mr. Oglebay was surely thinking about that type of giving when he bequeathed his home and 750 acres of land to the city of Wheeling upon his death in 1926. He was clear in his will that his stunning country estate be used “for the purpose of public recreation and education,” and it took city leaders quite some time to figure out how to achieve his request without draining its coffers. With the help of Oglebay’s only child, Sarita, and influential Wheeling citizens, the city took possession of the land and buildings in 1928.

City leaders were already familiar with handling this type of gift. They knew, because they had just recently accepted ownership of Wheeling Park, that it wasn’t as simple as signing the deed. It takes money — a great deal of money — to operate a public park. They also knew that refusing Mr. Oglebay’s generosity would likely be a mistake in years to come. If only they could see the fruits of their wise decision. I wonder, often, what Mr. Oglebay himself would think of how spectacular his Waddington Farm has become. It has more than doubled in acreage in the past 90 years with the kindness and generosity of families who love the park, including Flip and Gary West. As Flip West has said, “When you donate to the park, you are part of the park.” 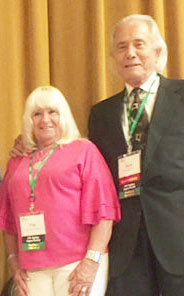 When you donate to the park, you are part of the park. — Flip West

Access to the Parks, a program started by the Oglebay Foundation in 1999, provides free and reduced-cost admission to Ohio County children who ordinarily would not be able to afford the facility fees at Oglebay and Wheeling Park. More than half of the children in Ohio County qualify to enroll in Access to the Parks, and approximately 2,000 enroll each year. The annual cost of the program exceeds $175,000 per year, with an additional $10,000 needed for transportation costs. The vast majority of those funds comes from generous donors.

In addition to the park, Oglebay Institute has received tremendous support over the years. Founded in 1930 by Oglebay’s nephew, Crispin, OI has expanded its programming to reach thousands of people in the state every year. It operates several venues, including Stifel Fine Arts Center, Oglebay Institute School of Dance, Towngate Theatre, Schrader Environmental Education Center, The Museums of Oglebay Institute and Terra Alta Mountain Nature Camp. In fact, the Stifel Fine Arts Center is located on National Road in Edemar, a historic mansion donated by the Stifel family in 1976. In addition to Edemar, the Stifel family, whose founding father, Johann Stifel, amassed his wealth in the textile industry, continues to make many important contributions to Wheeling. The Elizabeth Stifel Kline Foundation, for example, donates more than $100,000 a year to support children’s initiatives through Ohio County.

Philanthropy in Wheeling isn’t limited to our parks and cultural arts programs. In fact, I would not be the educated person I am today without the fortunes shared with West Liberty University, which allowed a poor kid like me to go for free. A few years ago, I had the opportunity to thank some of those donors by telling them that they not only helped me earn a bachelor’s degree, but I took that degree and earned a master’s and a Ph.D. I became a college professor. From their investment in West Liberty University, they have helped me go on to teach more than 3,500 students in the past 22 years. I am not a financial advisor, but I believe that is an outstanding return on investment. 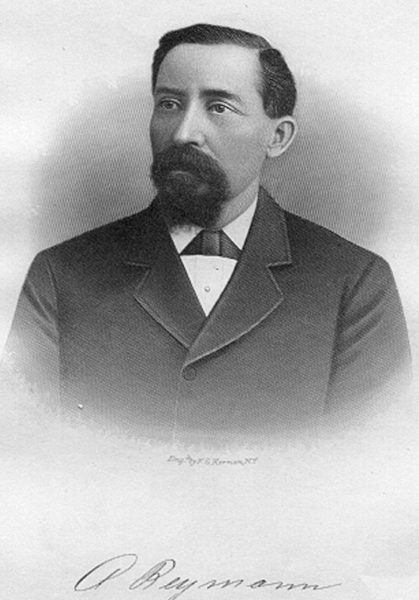 Early Wheeling entrepreneurs believed strongly in investing in our community — maybe because so many of them immigrated to the United States and then to Wheeling with very little money and knew what it was like to struggle. People like Anton Reymann left sizable sums to ensure the comfort of people who were like the women he had known all of his life. Reymann’s Brewery was the largest pre-Prohibition brewery in West Virginia. Located in the Manchester area of Wheeling, Reymann’s shipped out so much beer that it worked with the Studebaker Automobile Company to create a beer truck.

Unfortunately, Reymann’s booming business came to an end during the Prohibition Era. When Reymann died a little over a decade later, he left a considerable fortune to Altenheim Home for Aged Women, a facility he founded in 1891 to care for retired immigrant women who had once served Wheeling’s elite and could not afford housing in their later years. In fact, the original facility was once the Mt. Belleview Hotel, a 40-room summer residence for wealthy Wheeling citizens. Altenheim still houses Wheeling seniors nearly 130 years later.

Wheeling philanthropy isn’t just part of our city’s history. Many generous people walk our streets daily and contribute greatly to new and ongoing projects that benefit us all. Bill and Susan Hogan come to mind when I think of contemporary philanthropists. Although Bill serves on the board for the Albert Schenk III & Kathleen Schenk Charitable Trust and other grantmaking organization in the Ohio Valley, both he and his wife are active volunteers who work with their hands and truly help others in a variety of areas, including mental health. 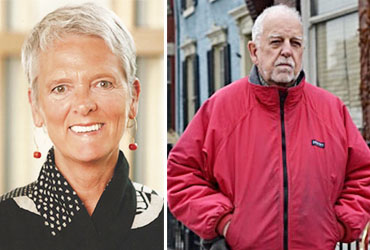 In 2016, Bill was honored with a West Virginia Spirit of Philanthropy Award. He was nominated by Wheeling’s Youth Services System, who noted: “What distinguishes Bill Hogan is his interest, engagement with others and his empathy. He brings people together. He helps garner resources and support for projects, and he works to enable projects and people to grow and thrive.” In 2015, Susan was inducted into the Wheeling Hall of Fame for her work with the YWCA, West Virginia Public Broadcasting, the Wheeling Symphony, and so many more community organizations and efforts.

Philanthropy is not a handout, but a hand up. The generosity of thousands of Wheeling philanthropists both here and gone continue to make our community rich in arts, culture, recreation and social services. Quite simply, we would not be Wheeling without the commitment of our friends and neighbors who invest in the things that make us the Friendly City.

Philanthropy is not a handout, but a hand up.

To continue that tradition, I have taught my son about the importance of giving from before he could walk. I want it to become natural for him; an intrinsic good.

Naturally, then, I was incredibly pleased today when he told me he was heading up to his room to see if he had any winter coats and scarves that no longer fit him to donate to the Soup Kitchen again this year.