Throughout March — Women’s History Month — Weelunk will feature stories about women who have made history and women who are making history. Read our other Women in History features.

Music lovers in Wheeling have the unique opportunity to be exposed to a wide variety of visual and performing arts.

Wheeling is home to the Wheeling Symphony, which has been providing the community with classical and pop concerts for 90 years, as well as venues like The Capitol Theatre and Oglebay Institute’s Towngate Theatre, both of which welcomes ballets, musicals and several other acts to their stage.

With this kind of early exposure so accessible in Wheeling, the city has produced widely acclaimed talent in every musical genre, including several notable women. While these Wheeling women may have very different skills and interests, they all frequently returned to share their love of music with their hometown, encouraging the next generation to be equally inspired. 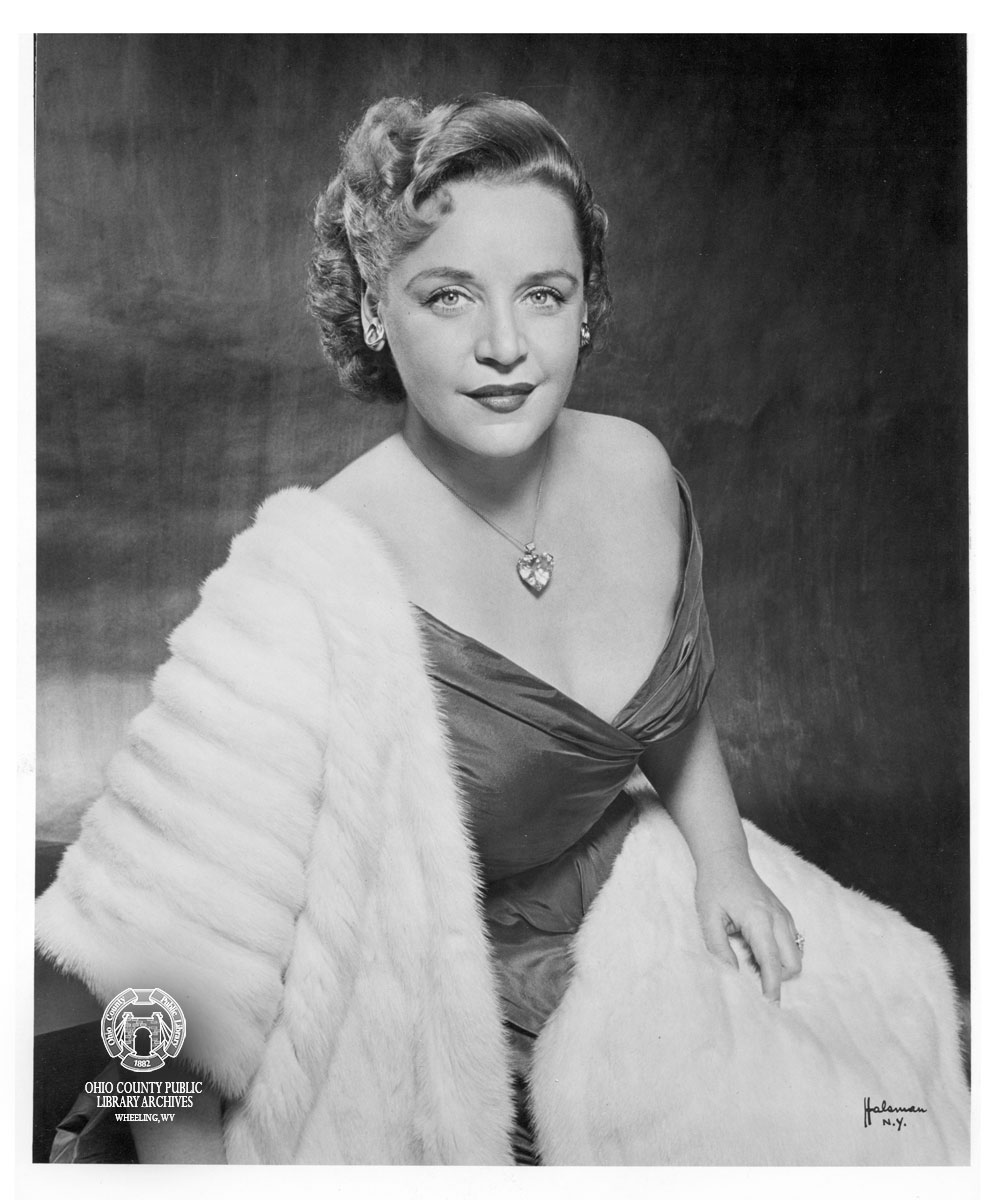 Eleanor Steber was born in 1914 and graduated from Warwood High School. By the time she was 12 years old, the Wheeling Symphony had started performing regularly in Wheeling, providing opportunities for the public to hear music they previously would have only heard on the radio or by traveling to a larger city.

Eleanor took piano lessons throughout her childhood. Her mother was an accomplished amateur singer and taught her daughter to refine her voice. Her family valued music and encouraged her interest. After her graduation, she left Wheeling to attend the New England Conservatory of Music in Boston. At just 21, she shocked the musical world in the technically challenging role of Senta in Wagner’s opera, The Flying Dutchman.

In 1940, Eleanor entered the Metropolitan Opera Auditions of the Air and won first place. Following that, she was a staple on the Met stage as the first celebrated soprano trained completely in the United States. At that time it was believed that true opera divas must come from European training.

She was known for her impressive range and ability to sing operas in French, German and Italian. Her voice was perfect for the high soprano roles of Mozart and Strauss operas, and she eventually had an impressively large and varied repertoire.

She appeared on stage in New York in more than 50 leading roles and performed more Met premiers than any other singer to date. She later toured the U.S. and Europe, including USO tours. She honored her West Virginia home during West Virginia day at the New York World’s Fair by singing “West Virginia Hills.” During the 1940s, she appeared weekly on the radio program The Voice of Firestone. Her skill in blending pop and classical music was brought to the masses this way. In 1960, she celebrated her 20th anniversary with the Met by returning to Wheeling and the Capitol Music Hall stage. 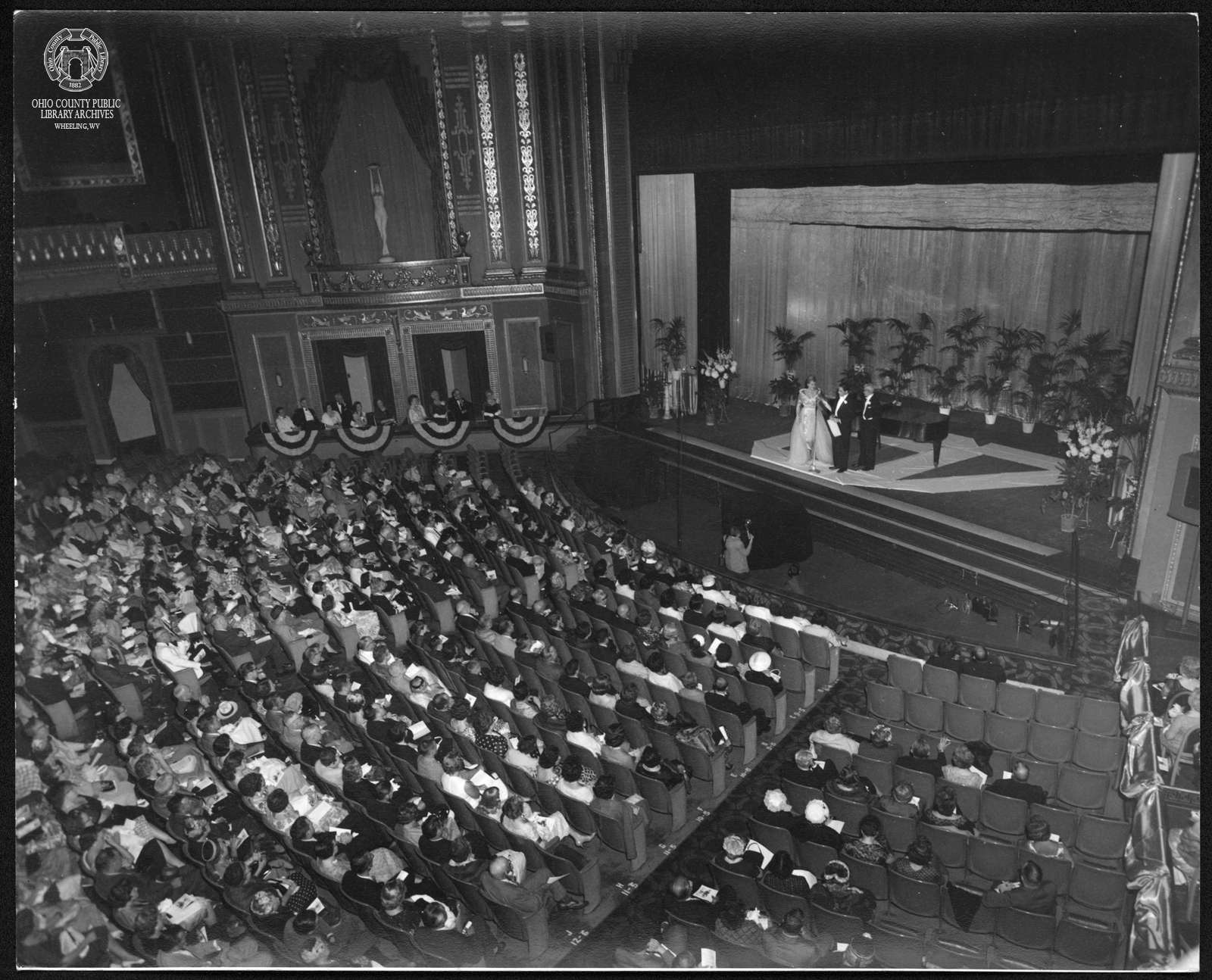 Following her partial retirement in 1962, she turned her attention to teaching. She taught at the Cleveland Institute of Music, Juilliard School and New England Conservatory of Music. She brought students into her home to give them the special attention and in-depth work she liked to invest in her students.

She used her fame to establish the Eleanor Steber Music Foundation to assist young singers. This national contest provides unrestricted funds to singers who have graduated from their training but have not yet become financially stable in their careers.

She died in 1990 and rests in Greenwood Cemetery in Wheeling, returning home a final time.

Jessie Wanda Crupe was born in Bethany in 1919. She spent hours of her childhood listening and then participating in music with her family. This informal training was steeped in the old traditional Appalachian songs. Her grandfather Riggle taught her the lyrics and music that we now associate with bluegrass.

“She always loved songs that told a story and were about life. Usually, they were about sad things, but the songs always meant something,” said her daughter Barbara Smik. She is remembered as “the girl with the lullaby voice.” 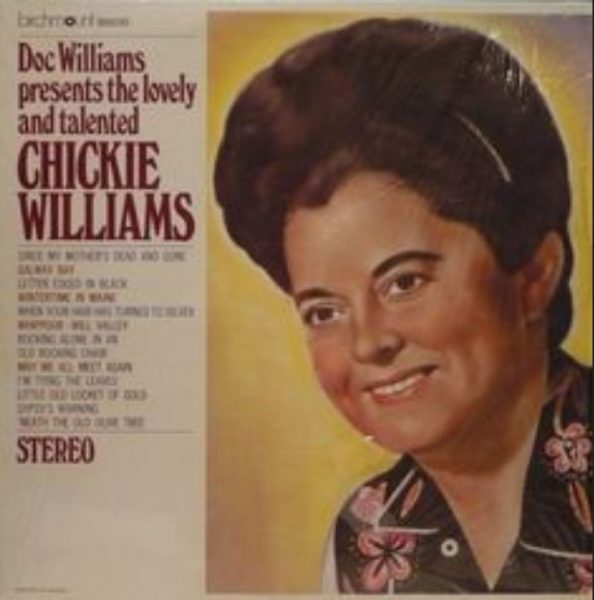 In 1937, when Doc Williams (Andrew Smik) came to Wheeling, the two met at a dance and started dating. They married and had three daughters. While the couple was given an opportunity to join the Grand Ole Opry in Nashville, they declined because Chickie wanted to remain in Wheeling, her home. 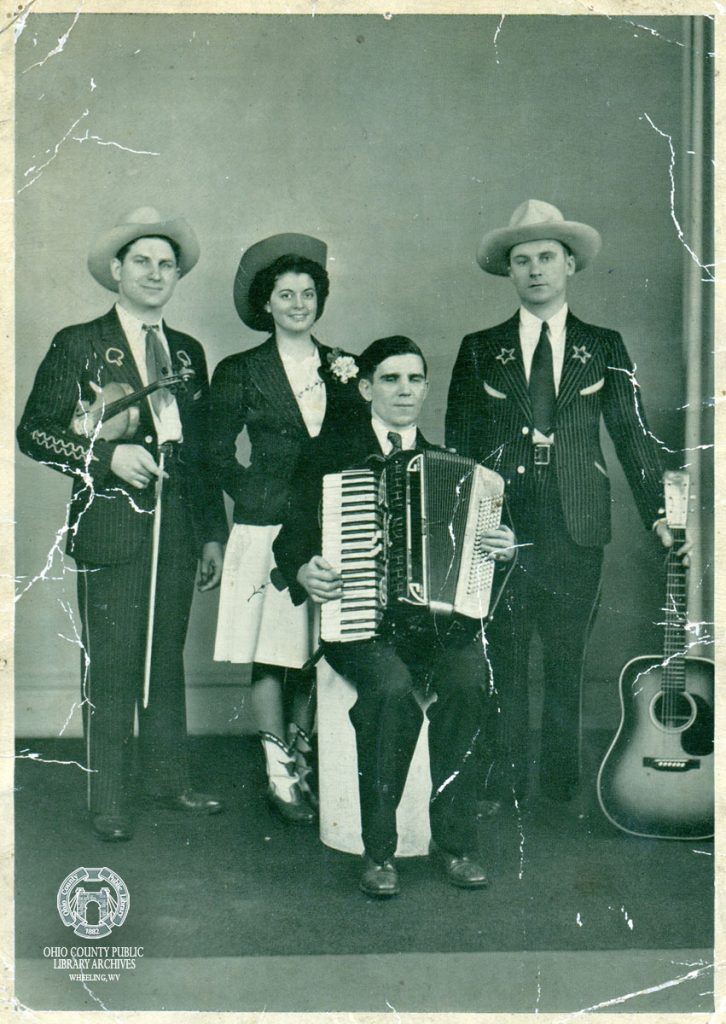 Chickie greatly valued family. While she and her husband Doc were often traveling for performances all over the eastern U.S. and Canada, she ensured that her daughters had wonderful caretakers back in Wheeling.

“She spoiled us when she was home and made sure we had great memories of the time we spent together,” remembers Barbara. The girls joined their parents during their tours and even performed on stage often in their youth.

“Their shows were always family-friendly. They traveled with a comedian and an accordion player. She genuinely loved the fans, and they knew it and loved her back.” Barbara still receives calls and emails about the relationships her parents fostered during their time on the road.

Chickie had to balance the desire to support her husband in his very busy career with caring for her daughters. In addition, she made everyone feel welcome in her home. The couple frequently entertained in their large Wheeling home, including any musician who was visiting or traveling through the area. Chickie’s pies were famous with bands from the southern U.S. to England. She brought “home” with her wherever she went.

Mollie recalls hearing every kind of music during her childhood in Wheeling. The radio was always on, playing all genres. Just like any other girl of the time, she loved the Beatles and enthusiastically handed over $7 for a ticket to see the group in Pittsburgh in 1964 with her brother.

“People assume that since I’m from West Virginia, I grew up singing old-time music around the kitchen table. I grew up listening to the Beatles, Motown and the Wheeling Symphony on a regular basis,” recalls Mollie.

Taking advantage of the wealth of opportunity for music exposure and experience in Wheeling, Mollie dove into classes and groups during her childhood and adolescence. In addition to piano and voice lessons, she participated in folk dancing classes and attended every concert she could. The Capitol Theater and Towngate played huge roles in forming her love of being on stage.

All of these diverse early experiences offered by the arts community of Wheeling helped her develop the distinct voice that is now her signature. Called “one of the top interpretive singers in American music today,” Mollie, along with her husband Rich Moore, has left an impression on American roots music. 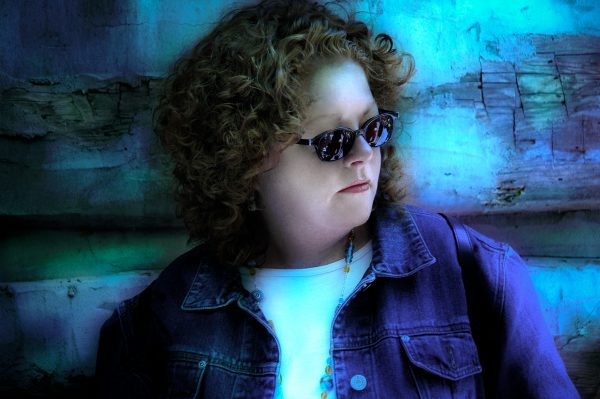 She followed her brother Tim O’Brien to Boulder, Colorado, in 1980. She was frequently heard on “A Prairie Home Companion” and performed at the Grammys in 1996. She has been recording with her husband since 2006 and has staked her claim in the industry. Along with records with Rich, she has a record that includes her two daughters as well as one that includes Tim and his sons.

While she no longer lives in Wheeling, she loves coming back home. She has returned to Wheeling for performances at the venues she loved as a child.

• Stacey Miller Sacco is a Wheeling native. She is a content writer and the former production editor of InWheeling Magazine. She reluctantly left Wheeling in 2019 for her husband’s job and now lives in Fairfield, Pennsylvania, with her husband and four children.