That is how this historic North Wheeling building located at 650 Main St. has rested for more than a decade, and now, in order to save and restore the structure, an amputation is needed before Vigilant Books & Coffee can bring the past forward to the present.

Crest Investments, a Wheeling-based real estate firm spearheaded by the Wood family, has purchased the 1891 former firehouse with plans to return the front façade to its original glory, open a used bookstore and coffee house, and establish as many as eight small apartments on the second floor.

The project was pitched during the most recent “Show of Hands” event and proved to be the crowd favorite, winning more than $3,700.

“My father donated half of the winnings to the project that finished a close second, and he also donated $100 to the other two projects because everyone did such a fantastic job during that event,” explained Morgan Wood. “We all really enjoy all of the ideas that people have during ‘Show of Hands’ because they are all ideas that will improve the quality of life in the Wheeling area. We believe our current project to be the same kind of project.

“We bought the Vigilant Firehouse in North Wheeling, and the building has history that dates back more than 100 years,” he said. “What we want to do is spend around $100,000 renovating it, and when we first bought the building, we performed some emergency stabilization work to shore up the structure. Now we are attempting to raise the rest of the $27,000 it will take to complete even more stabilization work as well as the work that needs to happen in the interior of the building.” 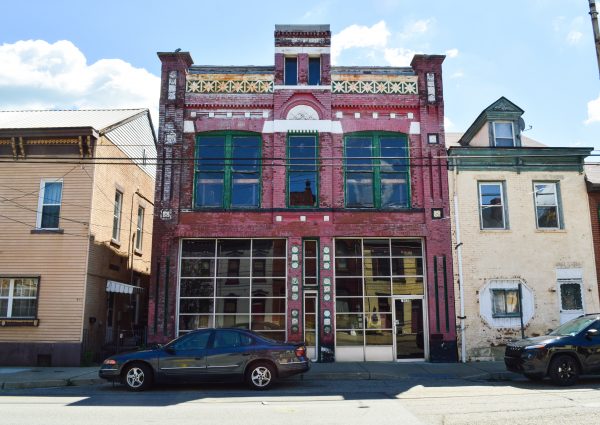 The former Vigilant Firehouse is located at 650 Main St.

This is where the amputation comes into play. More than 25 years ago an addition was constructed to the rear of the structure to house a commercial kitchen on the first floor, and an office area on the second floor, and in the early 1990s The Firehouse Bar & Grill opened and offered lunch and dinner services six days a week. Although initially very popular, the eatery fell on hard times and closed. Two other restaurants made a go at it but failed to last before, according to the Wood, the former firehouse was locked and left to rot.

“There is a lot of work to do, but ultimately we would love for Vigilant Bookstore and Coffee to be open as soon as possible, but the building, right now, is a big challenge because it was left vacant and unmaintained for quite some time. We must get the stabilization finished as soon as possible and that means this summer,” Wood said. “As far as the business, we do hope to have it opened by the holiday season, but these kinds of projects usually go a little slower than what you would like, so a realistic goal would be relatively early in 2018.

“The building is very visible along Main Street because of its size and the architecture, so the front façade and the roof are the projects my father presented at ‘Show of Hands,’ and we hope to get those portions of this project completed very soon so it can be a part of the positive changes that are taking place every day in North Wheeling,” he explained. “It’s been our goal with every property we have purchased to improve our neighborhood by performing renovations to the exterior and the interior of each one, so the Vigilant will not be any different.”

Crest Investments owns more than 80 properties at this time, the majority of which are rental units while a few are in need of renovations before welcoming new tenants. The vast majority of the firm’s properties are situated in North Wheeling, and the owners all reside in the area, too. 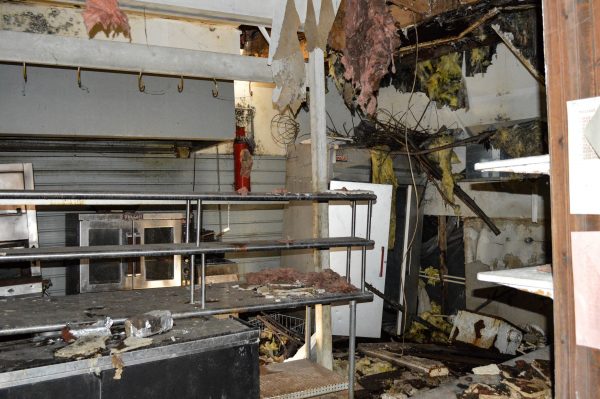 The wooden addition constructed more than 25 years ago will be removed in the near future.

In fact, it is Chuck Wood and his wife Vera who live almost directly across from the Vigilant, and for the past decade they have witnessed the day-to-day erosion. Once they investigated the property, they established a priority list of immediately needed projects, including the folllowing:

Above and beyond the $15,400 grant the firm has received from the West Virginia Historic Preservation Office, Wood said the remainder of the cost associated with the first phase is a little more than $27,000. That is why Crest Investments launched an online, Indiegogo crowdfunding campaign about three weeks ago.

“We went that route because nearly everyone is on the internet, and it seems people are more likely to donate to a cause that way instead of the other options people have,” Wood said. “We have talked to a lot of people about this project, and what we heard is that this is how a lot of people like to contribute. They review all of the information and then make up their minds, and that’s why we placed everything we could on that website. 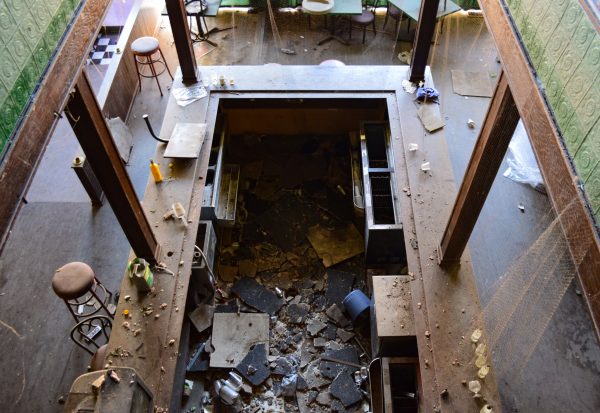 The owners of the Firehouse Bar & Grill, the first of a few businesses located inside the former firehouse since the early 1990s, completey renovated the interior of the eatery.

“Our goal is to help to create a better community by getting this project moving forward, and we believe it will be yet another positive in the North Wheeling neighborhood,” he said. “So many people have invested into North Wheeling, and that includes us over the past 10 years, and it’s been really great to see all of the improvements that have been made. We believe a new bookstore and a new coffee shop would be a great addition to what is already in place, and we’re hoping to gain the support from local folks, and from folks from all over the world that would like to see this become a reality in the city of Wheeling.”

Through the first 20 days with the online campaign a total of 40 backers contributed nearly $2,400, but that total is far from the established goal of $27,000. Beyond the campaign the Wood family plans to invest an additional $100,000 they believe it will take to bring the property up to code and back to glory.

“This project is going to happen, and North Wheeling will have a new place to visit along Main Street,” Wood said in a determined tone. “Along with what we do raise with the Indiegogo campaign, we’ve received a little more than $2,000 in private donations, too, so those funds will help us.

“We have about nine days left with that campaign, and it’s an effort to get a new bookstore up and running at this location. We chose the Indiegogo website because it is a place online where individuals initiate campaigns to raise funds to help a cause, and that’s why we have done this. There are perks that people can claim along with making their donations, and those include naming the stage, the kids’ corner; the list of perks is really long, but it can be reviewed by going to the website because all of the information is on there.” 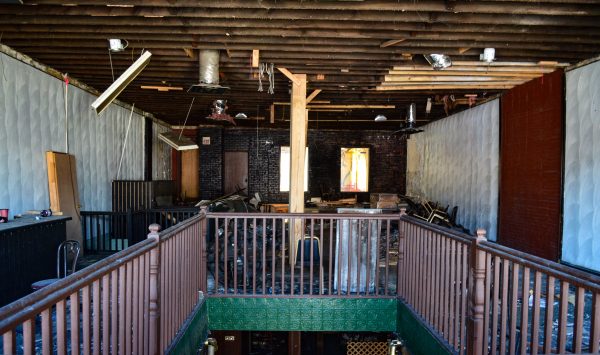 The second floor of the structure, Wood said, will house as many as eight small apartments.

Along with preserving an important part of the city’s history, the best coffees and teas, pastries and donuts produced by local bakeries, the best service in the area, and a large variety of used books also are parts of the “destination location” plan for Vigilant Books & Coffee.

“Our goal is to keep both interior and the exterior as historic as possible, but everything will have to be brand new in the buildings, including the water, electric, the HVAC, and everything else because it does need completely gutted because of how long it’s been vacant and because of the new building codes that have been put into place since the last time a business was open at this location,” Wood explained. “But there definitely will be many historical touches inside and out. We would love to have firefighter memorabilia inside so people can realize how that has changed through the years, and we would also like to find historic items that refer to the North Wheeling area, too.

“We believe that would be a lot of fun for the customers that come into the coffee shop and bookstore because it does seem that the folks in this area really do appreciate the long history we have here in the city of Wheeling,” he added. “But right now the most difficult part is making sure a wall doesn’t collapse because we can’t get to it. That’s why we are making a push for these funds because we feel it’s vital to preserve the history of the structure and at the same time provide a new business for the area that will offer a great atmosphere for people of all ages.”