I first walked in to Words & Music my freshman year of college. As the only West Liberty commuter I knew without a driver’s license or a car, finding a way to the Stratford Springs’ bookstore was a bit more complicated for me than it might have been for other students in my literature class. Thankfully, a good friend drove me down the hill, and I fell in love the minute I walked in the door. 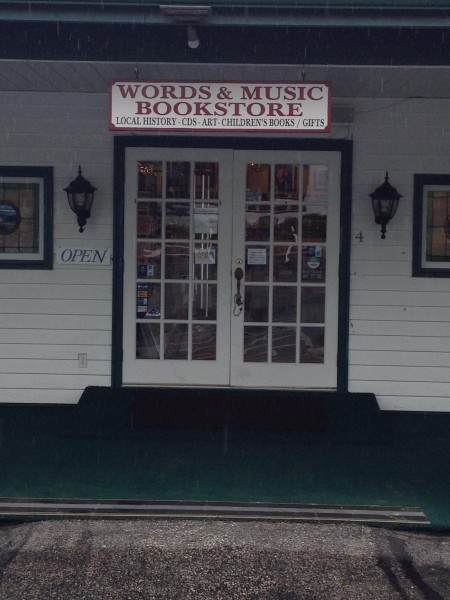 Words & Music is located on Oglebay Drive at Stratford Springs.

As an English major, I had a deep, professional love of the written word, and as a longtime choir member, I had diverse taste in music. Both of those desires were more than fulfilled by the impressive stock at Words & Music, Wheeling’s “fiercely independent” bookstore. If I recall, I spent quite a chunk of my Elby’s salary there that day.

More than 20 years later, the bookstore is still open and better than ever, much of that because of the incredible passion and integrity of the store’s owner and operator, Alan Lestini. 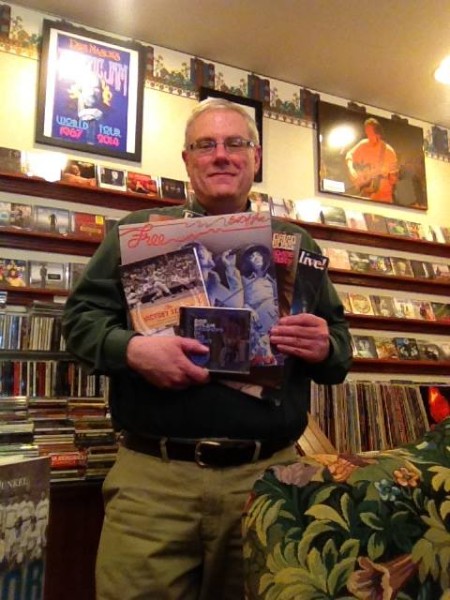 Books & Music owner and operator, Alan Lestini, shows off some of his merchandise.

In the 25 years Words & Music has fed the literary and musical cravings of the Ohio Valley, the media industry itself has undergone many major changes. Through it all, though, Lestini has not only managed to ride those waves of change, but he also has used them to his advantage.

The introduction of CDs, for example, offered a challenge both to his sales and to his musical sensibilities. During a long chat one afternoon, we both bemoaned the loss of the human factor in music formatted for CDs. In fact, as Lestini said, at first he refused to sell CDs altogether. Soon, however, customer demand won out, and he began to stock CDs, but he still held tight to his aesthetics, refusing to stock bestselling books or CDs. To be truly radical, he says, he only sold “anything and everything off the beaten path.” Eventually, though, this, too, fell by the wayside by customer request.

His biggest challenge by far has come from the internet in the form of online bookstore giant, Amazon.com, which made it easy for customers just about anywhere in the world at any time of the day or night to order books and music. To compete, Lestini took Words & Music online in the form of a website, which has recently been converted to a Square marketplace. Customers have the convenience of shopping online and pick up. Lestini says most products ordered by noon will arrive by the next business day.

He has also recently hired a local technology firm to create shopping apps for Android and Apple. Customers can now browse his store and buy books from the palm of their hands.

Without question, though, Lestini has been able to compete successfully with the big box retailers by providing excellent customer service and integrity. His easy-going, welcoming demeanor encourages customers to explore his well-stocked shelves and maybe have a seat on his floral-print settee, sip a cup of complimentary coffee, and chat with Lestini about everything from his son’s recent band concert to silent film stars and obscure musicians. 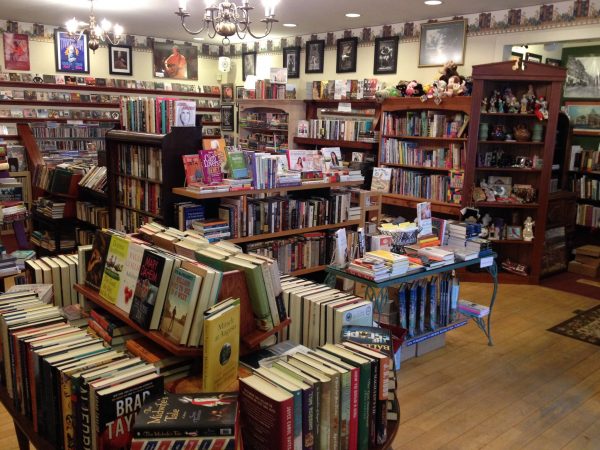 Inside the big-little bookstore on the hill.

His commitment to serving the public is as basic (but essential) as keeping regular store hours and updating his merchandise to extraordinary as promoting local artists. In fact, when my book, Two-Week Wait: Motherhood Lost and Found, debuted in February, I approached a bookstore chain with two locations in the Ohio Valley, hoping they would agree to stock copies. After waiting 20 minutes to talk to a manager, I was told to go online and fill out a request for them to order my book, which could take six to nine weeks to process. In contrast, within minutes of approaching Lestini, he had agreed to carry my book and even offered to host a book signing. 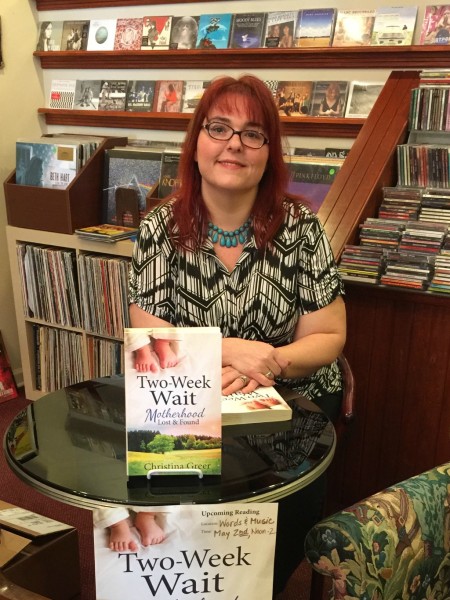 Wheeling is blessed with a number of unique, well-run businesses that offer us all the opportunity to shop for products and services we need and to make us feel like we are part of a community of caring people and not just customer #1051. Words & Music is part of that longstanding commitment.

As Lestini says, “I think it’s important for a community to define itself by its local businesses.”

And that says it all. We are the Friendly City after all.

I hope my pre-schooler gets sent to Words & Music to buy books for one of his college classes someday so that he can truly understand the value of a local business that enhances our community. Of course, he is already a regular customer, and as Lestini can tell you, his favorite band, especially on vintage vinyl, is Led Zeppelin.