The Wheeling National Heritage Area Corporation is cleaning and archiving over a century of rich historical ephemera and artifacts at the Wheeling YWCA. Through its Partnership Grant Program, Wheeling Heritage has provided the YWCA with a $1000 mini-grant for archival and cleaning materials and donated the services of historian Bekah Karelis. 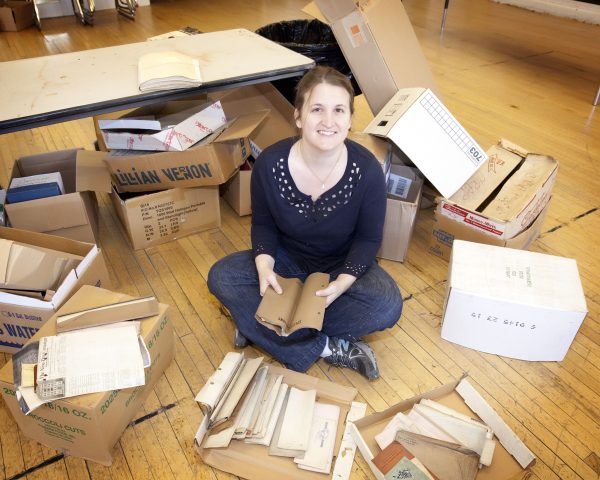 Karelis has been working with YWCA staff and volunteers for several months on a part-time basis and has discovered many interesting items in the YWCA’s collection. The collection includes photographs and slides of events throughout the years, programming papers and pamphlets, and original blueprints and specifications for the YWCA’s Chapline Street building, its home since 1915.

YWCA Executive Director Lori Jones said she is pleased to partner with Wheeling Heritage to preserve the YWCA’s history.

“The YWCA Wheeling has had a meaningful impact on the lives of the Ohio Valley’s women and their families for over a century.  We are grateful that our partnership with Wheeling National Heritage Area Corporation is allowing us to preserve interesting pieces of the history of our organization because it is integral to the history of the Wheeling community,” said Jones. 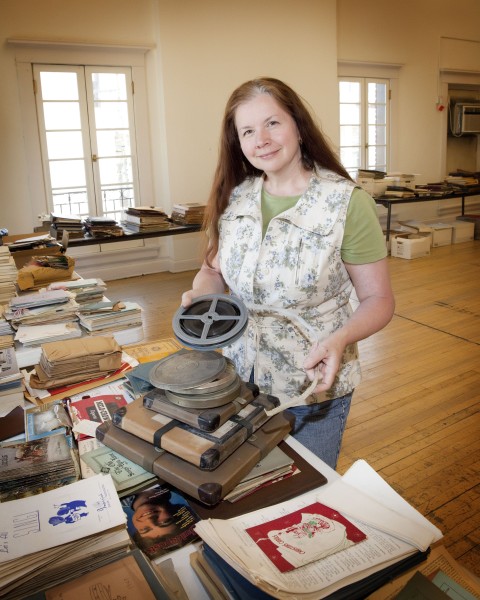 The program is considered a partnership because Wheeling Heritage funds 75 percent of direct project costs, and the recipient of the grant matches the remaining 25 percent with funding or in-kind services.

The YWCA is matching its grant under the direction of board member Angela Feenerty. Feenerty has assisted Karelis in cleaning and organizing archives and has recruited volunteers from the YWCA Women’s Residence & Emergency Housing Program. 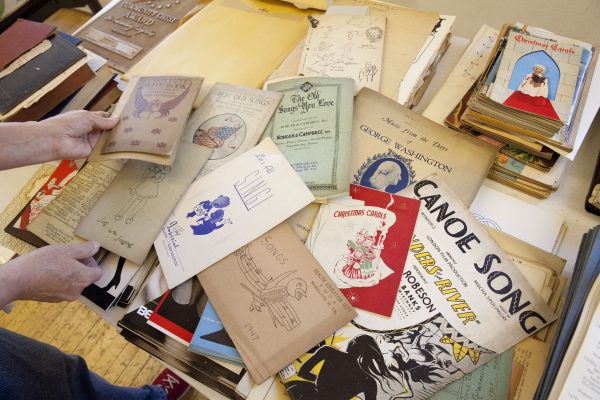 Karelis said she has enjoyed combing through the history of the YWCA, and the items from the YWCA’s Blue Triangle Chapter were of particular interest to her because they provide never-before-seen depictions of African-American history in Wheeling.

“I had never heard of the YWCA’s Blue Triangle chapter and was very excited to discover the photographs of their programs and members, dating as early as the 1940s,” said Karelis. “Much of our African American heritage is available through oral history; the Wheeling community has very little printed or photographic materials that document this area of our history.”

The YWCA’s Blue Triangle Chapter served African-American women and children from the 1920s until the “central” YWCA became integrated in 1956. According to the YWCA Wheeling 100th anniversary history booklet, early in 1921 the women of the YWCA began to see the need for a branch that also served women of color, as the Wheeling YWCA served only white women. Wheeling’s YWCA “Blue Triangle Branch” opened later that year and began to serve “Negro” women of all ages, offering a multitude of classes, social “community nights,” and lectures. Blue Triangle Yearbooks and photographs in the YWCA archives detail the programming provided and show the personalities of the young women it served. 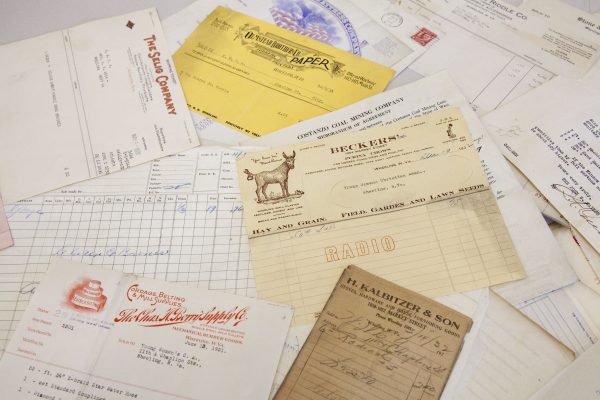 Other interesting items found in the YWCA include a box of materials about the 1100 Chapline St. building. The box contained original blueprints of the building and specifications for interior decoration and other design aspects of the building.

The box also contained invoices from the building’s construction that show how much the work cost in 1916. Most of the documents found at the YWCA are financial documents and provide an interesting window into the YWCA’s financial management and its costs of serving the Ohio, Marshall, and Wetzel county communities.

Karelis and the staff of the YWCA plan to soon find a more permanent home for the historical archives of the countless services provided by the YWCA over its 109 years of service to the Wheeling area.