WEEasked some simple questions — and your neighbors, friends, co-workers, acquaintances, maybe some strangers, answered. Get to know them a little bit better with our fun series, “WEEasked.” Look for it a couple of times a month, most likely on Mondays. Do you have someone you’d like to see featured? Send us an email to weelunk@weelunk.com, and please be sure to put WEEasked in the subject line.

That’s Butch Maxwell, who has lived in Wheeling most of his life.

Along with the litany above, Butch also co-founded the popular local band Teaser in the late 1970s and these days leads the new-wave tribute band, the M-80s.

He is the co-founder and director of the original comedy troupe, Mystery Theatre Unlimited, which has produced 63 original shows since 1996. Maxwell has authored or co-authored 50 of them. Mystery Theatre fans can look forward to a new show, “Popguy the Sailor,” which he and co-writer Bert Furioli are working on for the troupe’s 23rd season that starts next month.

He also wrote an award-winning, one-act play, “Fine: A Play in One Word,” that was featured a few years ago in Pittsburgh’s New Works play festival.

Always the comedian, his motto is “even if I disapprove of what you say, I will defend your right to be wrong.”

He is the father of two adult daughters and is married to Vera Barton-Maxwell. 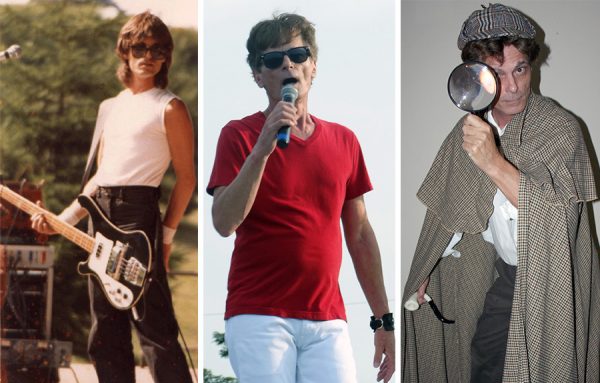 A man of many talents: Butch the rock star; Butch in the M-80s; Butch the actor.

Here is what Butch answered, when WEEasked:

I would be the best friend and mentor.

Any night that involves live music or live theater is great. Both is the best.

Many people know me as a performer, but I consider myself to be an introvert. I also enjoy collaboration, as long as I can do it all by myself.