Frank O’Brien and his staff members at the Wheeling Convention and Visitors Bureau spend the vast majority of their time working on ways to market the Friendly City to travelers residing outside the Upper Ohio Valley.

Those kinds of places and people.

But at times O’Brien must turn his attention toward reacting to a local dilemma, and that’s exactly what he and staff members, Olivia Litman and Michael Biela, did when officials of the West Virginia Division of Highways rendered a final decision in January not to place an “Attraction” sign along Interstate 70 before exits for downtown Wheeling. 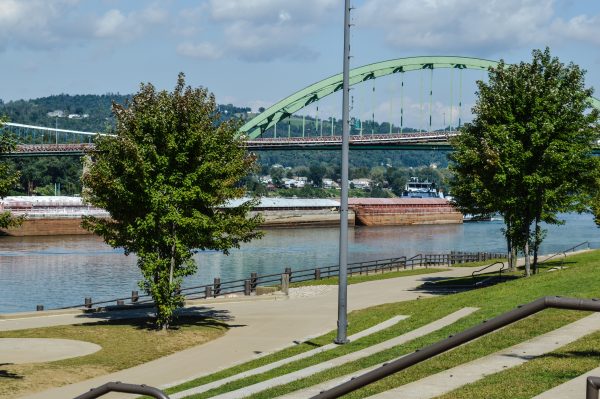 The downtown’s Heritage Port was the site of more than 70 events this past summer.

They put up their own sign in April in the Elm Grove section of Wheeling.

“We did that for two reasons: one, because we learned that the state wasn’t planning to do it from a Weelunk story; and two, because we learned that Google Maps was directing people to travel Interstate 470 as it’s a suggested throughway through the city of Wheeling,” O’Brien explained. “We picked the location for the billboard so the motorists traveling westbound would see it before having the option of taking either I-470 or I-70.

“The DOH determined there was too much happening along I-70 before the Wheeling Tunnel, and there really is. Not only does I-70 narrow down to one lane to continue west, but you have exits to travel on W.Va. Route 2, and you have vehicles entering the flow on the interstate from the left just before the tube.” 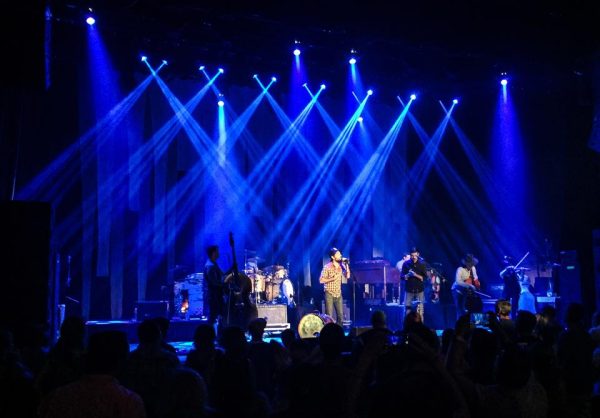 The Capitol Theatre was visited in August by the nationally touring band The Avett Brothers.

The billboard features the Capitol Theatre, Wesbanco Arena, the Wheeling Artisan Center, Centre Market, the Eckhart House, Independence Hall, and thanks to a partnership, the McLure Hotel.

On Jan. 22, Weelunk published a story titled “Blue Sign Mystery Solved for Downtown Wheeling,” in which DOH spokesperson Carrie Bly said, “In that area it was determined that it would be better to concentrate on traffic patterns and not where to eat,” Bly said. “And those decisions have to be made to ensure the safety of the motorists traveling on all the interstates in the state of West Virginia.”

Bly cited the Logo-Signing Manual, which was revised in 2005, and it states that such an evaluation would take into consideration, but not be limited to, the following:

“The billboard cost is $1,800 per month, and we receive $300 each month from the McLure’s ownership,” O’Brien reported. “It’s what we could do to help our downtown, Centre Market, and North Wheeling area because of the DOH guidelines concerning such signage.

“There’s really no way for us to determine how effective the billboard is, but we have heard about it from a lot of our visitors,” he continued. “We initially signed a one-year contract with Lamar Advertising for the billboard, and we like the location a lot. That’s why we will likely make the decision to keep it where it is today.” 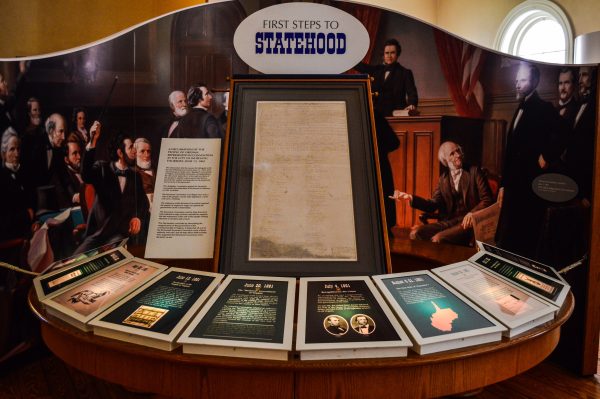 The birthplace of West Virginia, Independence Hall, rests on the corner of Market and 16th streets.

The Wheeling CVB receives its funds for operation via the city’s and county’s 6 percent hotel/motel tax collections, and O’Brien said the staff expends as much as $500,000 annually on marketing campaigns. Billboards, television commercials, print ads, and an online presence are the primary components of the multi-faceted marketing plan.

“Most of the time we concentrate on how to attract travelers to the Wheeling/Ohio County area who are going to need to spend one or a few nights in one of our hotels or motels,” O’Brien said. “At this time of year, thanks to annual Festival of Lights at Oglebay, we have thousands of visitors coming to this area to see the lights and to take advantage of a few of the many attractions in this area.

“Most people who live in the Wheeling area do not see those marketing campaigns, so they do not know how we are attracting so many visitors, and that’s OK just as long as those visitors are coming here,” he continued. “At this time our hotels and motels are pretty crowded because of the people coming here to work in the oil and gas fields, but we have to be prepared when those overnight stays begin to decline.” 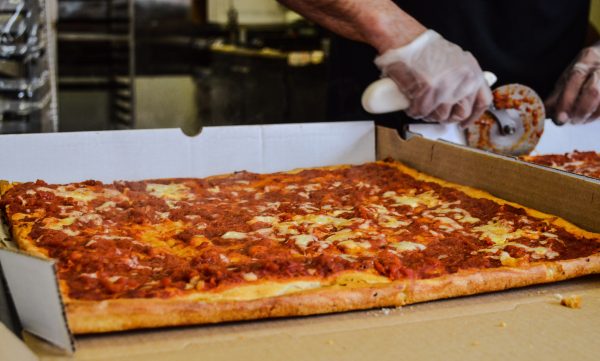 One attraction visited by locals and tourists is DiCarlo’s Pizza on Main Street in downtown Wheeling.

O’Brien is also excited about the addition of Cindy Johnson, who was recently hired by the Wheeling Sports & Entertainment Authority as its new Events and Group Tours Coordinator. Johnson, who served as the McLure Hotel’s general manager for 18 years before taking a position with the state tourism division earlier this year, was instrumental in the success of the former Jamboree Tours business.

“I can think of no one who knows the bus business better than Cindy Johnson, and she’s a member of our team,” O’Brien said. “She is also a long-standing member of the board for the Wheeling CVB, so she is very aware of what our goals are.

“The motor coach industry has seen its ups and downs, but now we are seeing people of all ages who are willing to board a bus and go off on an adventure,” he continued. “When they come to Wheeling it’s important for us to package a few days around one of two of the major attractions, and I believe Cindy is the best in the business when working with those kinds of groups.”