Student athletes at Wheeling Central Catholic High School have collected a lot of hardware this spring, and now the Maroon Knights are set to begin their quest for their first state baseball championship since 2011.

“So, I guess you can say there’s a little pressure on us,” said first-year head coach Bo McConnaughy. “The kids have had a lot of success at Wheeling Central, and that makes me proud to be an alum of the school, but as far as the pressure is concerned, we can handle it.

“We’ve had a good season so far, but we still have that ultimate goal to reach and won’t be satisfied until we do,” he continued. “These young men have worked very hard, they have played as a team, and now they have put this club into a position to where we can accomplish something that hasn’t happened in six years.” 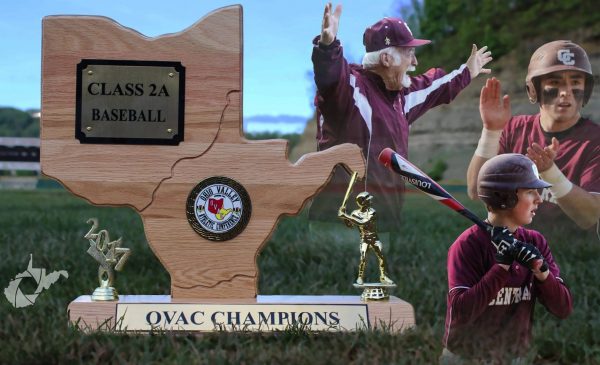 Last season, the Maroon Knights failed to qualify for the Class AA OVAC playoffs, but Wheeling Central captured the conference title this year with a 5-3 victory over Toronto High. (Image produced by CCHS senior Daniel O’Leary)

The bulk of McConnaughy’s club this season comprises seniors and juniors, and the team finished the regional playoffs with a 27-6 record and an OVAC Class AA title with a 5-3 win over Toronto.

“We won the OVAC, and it was nice to win that because I had the chance to coach against one of my former players from West Liberty,” McConnaughy said. “Brian Perkins was a catcher for me, and he’s done at great job at Toronto High.

“And I don’t know how many people realize it right now, but there are five teams that were in the OVAC playoffs who are now in the finals of their state tournaments, and I hope that’s a sign that the sport of baseball is making a comeback in the Valley,” he said. “The kids just have to play more outside of the scheduled events. That’s what we did every single day of the summer. We were somewhere playing all day every day.”

McConnaughy, the head coach of the West Liberty Hilltoppers for 30 years before retiring from that position in 2012, admitted he entered into this season not knowing what to expect from the student athletes out for baseball. The Maroon Knights posted an 8-7 record in the 2016 regular season, but the ballclub failed to qualify for the OVAC playoffs. 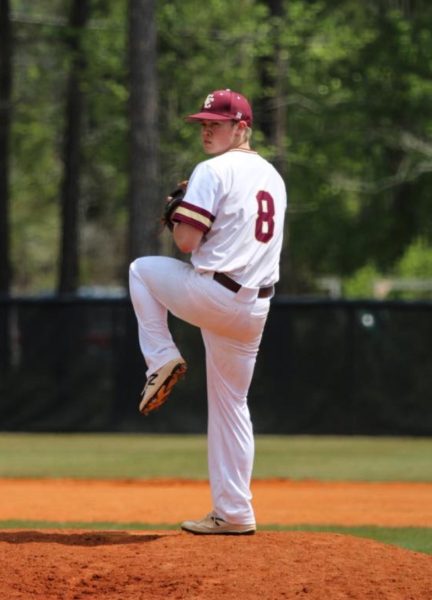 Junior Bryan Courts did not see the mound much this season, but he made the most of the opportunity by tossing a no-hitter at the Dragons of Cameron High. (Photo by Rick Courts)

“Well, I didn’t have the opportunity to watch a lot of these on the field before our first practice in the spring,” McConnaughy explained. “We had some of the guys out on the field in the fall, but there were a lot of them who were playing other sports at that time. That’s why I didn’t want to make any personal predictions until I saw what kind of talent we actually had on our team.

“And I really wanted to wait until I could see how they would react to my style of coaching,” he said. “When we got started, I made it clear that I wasn’t going to be changing for them, but that they had to change for me. I believe I know the right way to coach baseball teams, but everyone has their own way of doing things. But right now, it appears everything has worked out because we’ve had a very nice season so far.”

The club’s pitching has been the most pleasant surprise, the head coached offered, especially since the starters have completed so many games. Senior Austin Crebs has paced the staff with a 9-1 mound mark and a sparkling 0.93 earned-run average, and senior Tyler Riedel registered a 7-1 record with a 1.20 ERA. 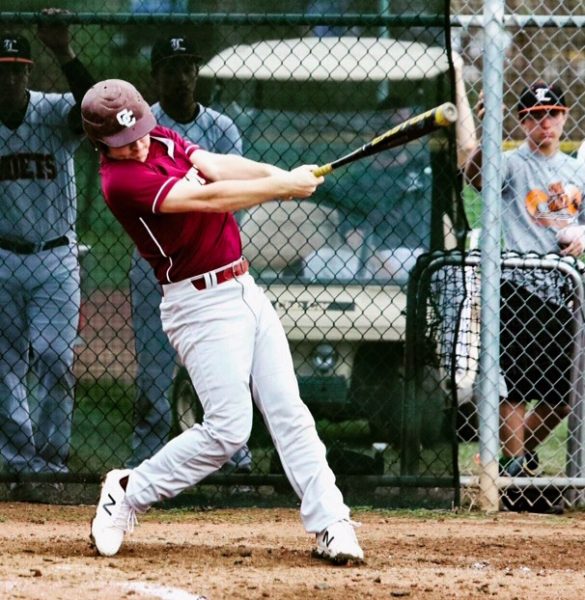 At the plate, Central Catholic was led by Riedel, who smacked four home runs and four triples on his way to a .471 batting average. Senior Isaac Rine recorded a .382 batting average with eight doubles, 16 base swipes, and 41 runs scored, and junior Pat Brown hit .362.

“And when you combine that kind of pitching and hitting with the fact we refused to take any of those teams for granted because we knew they all had really good seasons themselves, things usually work out for you” McConnaughy said. “And that goes for the OVAC playoffs and the games in the sectional and regional, too. And the way the game of baseball works is that any team can beat another on any given day if they are doing the basic things better than we are.

“It’s always been my philosophy that you have to win the one you’re playing before you can worry about the next game,” he said. “And we did that the entire season, and I expect nothing different in Charleston. Right now, the focus in on Charleston Catholic.” 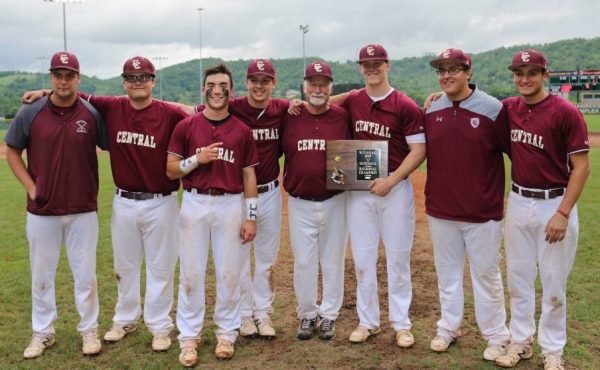 McConnaughy wasn’t sure what to expect from the team’s senior leadership, but the head coach was pleasantly surprised with their determination and will to win. (Photo provided by Amy Basinger)

Although the Maroon Knights were atop the state Class A rankings most of the regular season, Ravenswood High was awarded the No. 1 seed heading into the state playoffs at Power Park in Charleston. Central Catholic is No. 2, Charleston Catholic is the third seed, and Tygarts Valley is No. 4.

“We don’t know a lot about those teams other than their records and that they all have made it this far,” McConnaughy explained. “I was asked why we didn’t send someone to scout those teams, but that’s not something I’ve ever done because what they see and what I would see would be two totally different things.

“Plus, I truly believe that if we don’t do what we are capable of doing, none of it matters anyway. I’ve told my guys three things all year long – we have three things we have to do each game in order to win, and those things are good pitching, hitting with men on base, and making the routine plays,” he said. “You do those thing three things, and you’re in the game, and that’s proven true during the season. If we go downstate and do what we are capable of doing, our chances are good.”