It’s a story I hear from time-to-time, “I really wasn’t planning to return to Wheeling, at least not the way it happened.” And so is life, it rarely happens the way we plan. Hydie Friends’ mid-career return to Wheeling over 35 years ago was supposed to be a respite. She wanted to spend some time traveling, visiting family and thinking through her next steps. Wheeling was going to be home base for those activities.

As a result, she helped set in motion the downtown renaissance we experience today. Her fingerprints are on practically every project that benchmarks Wheeling’s ascent to a stronger economy. Her first project was the 1983 renovation of the Centre Market Houses, the modern anchor for downtown Wheeling. She moved on to work on the Artisan Center, the Bike Trail System, Heritage Port, Orrick, the Stone Center and The Capitol Theatre. 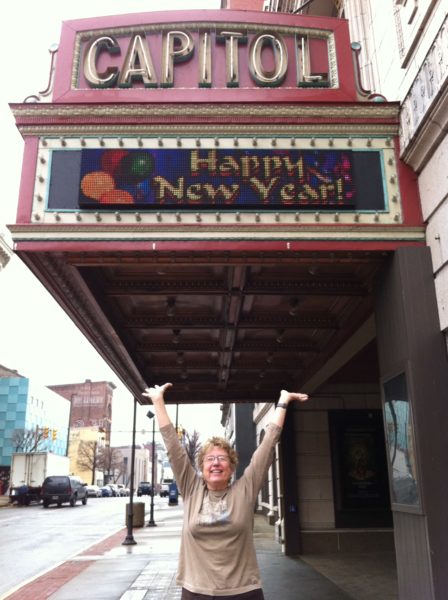 “It’s like pushing a rock up a hill” is a statement that has frequently escaped Hydie’s lips over the years, referring to the difficulty in preserving historic buildings in a post-industrial Wheeling — a Wheeling sacked by the abrupt loss of the steel and coal jobs that had driven its economy for decades.

I arrived to work for Hydie and the Heritage Area in the summer of 2005. Shortly after arriving, Hydie told me she was retiring in six months. It was around that “six-month mark” that she quietly rallied community leaders into a project that would define her career — the restoration of The Capitol Theatre. She continued to punt that retirement for another five years while securing the theater.

She assembled a stellar team of players and marshaled a plan: McKinley and Associates led architectural evaluations, Benedum was courted into underwriting an economic feasibility study, the RED Partnership advised on structuring a purchase, the City of Wheeling and Oglebay brought experience managing facilities to the group and the CVB, the eventual owner, provided marketing experience.

It was a table running over with expertise (and egos for that matter); Hydie kept them all in check. She was their quarterback, her head up and eyes on the horizon waiting for the right moment. For two years, she kept everyone engaged. The theater’s closure was imminent. The writing was on the wall. The community had to be ready. In 2007, on the cusp of the recession, the moment came. The team went to work and saved the Capitol at a time when financing was difficult, and construction pricing wasn’t opportune. Had it not been for her persistence and preparedness, our “Grand Dame” theater would likely sit vacant today. 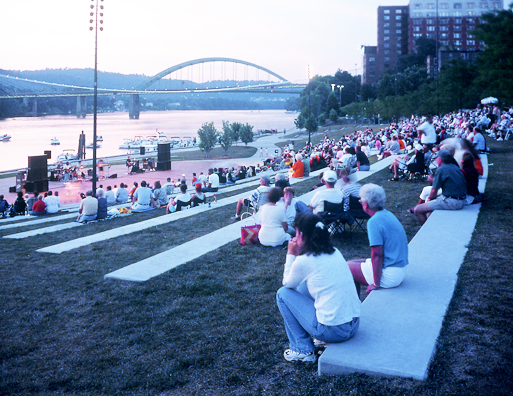 I have always admired Hydie’s ability to lead from behind. She seemed to always know the right play to call, and if the play got busted, she never hesitated to pick up the project and carry it herself. She knew when to push her team hard and when someone needed a helping hand. She has always placed a high value on partnership, regardless of its messiness. She taught me partnership builds personal relationships and thus community. She also taught me, “Partnership is how preservation happens.” It’s evident from her life’s work.

In December of 2010, she quietly slipped from the helm of the Heritage Area, but only once she was certain the theater was on the right path. No parties. No fanfare. No big goodbyes. Exactly the way she likes it.

In recent months her personal investment in Wheeling has been rewarded with several accolades — her election to the Wheeling Hall of Fame, and she is the recipient of the G. Randolph Worls Spirit of Oglebay Award for her volunteer fundraising for the park system.

Upon the announcement of the Hall of Fame nomination, I sent her a congratulatory message. She replied with typical Hydie humor “I am beginning to think I might have a terminal disease and I don’t know it!” Be assured it is simply the rewards of a life well-lived.

Thanks for pushing the rock Hydie. We are all better off because you did.

What is your favorite Oglebay spot (and why)?

Through all of my focus on downtown, Wheeling Heritage and projects, I had a love of Oglebay influenced by my “dad” Brooks Wigginton. I grew up in the park. To choose a favorite spot is difficult, but I would have to say the Crispin Center and Pine Room. I have wonderful sunny memories of many days at the pool. Day camp, swimming lessons, sunbathing on the grass and the old brown benches. I think the Crispin Center and Pine Room is absolutely the most beautiful building in Wheeling, bar none. (To have received the G. Randolph Worls Spirit of Oglebay Award in that setting made the occasion even more special.)

Of the many projects you have worked on in Wheeling, which is most near and dear to you?

Professionally, I learned so much through the rehabilitation of the Centre Market Houses, I put that knowledge to work on the Orrick/Wheeling Stamping Building and others, but it was saving The Capitol Theatre that my knowledge, experience and passions all came together. It had to be done. It was the right thing to do. This was confirmed when over 100 people showed up on weekends to help clean the old girl. They painted, scrubbed the restrooms, dusted the light fixtures, and scraped gum off the bottom of the seats. The community stepped forward. Since its re-opening, The Capitol Theatre has entertained more than 475,000 local residents and visitors. 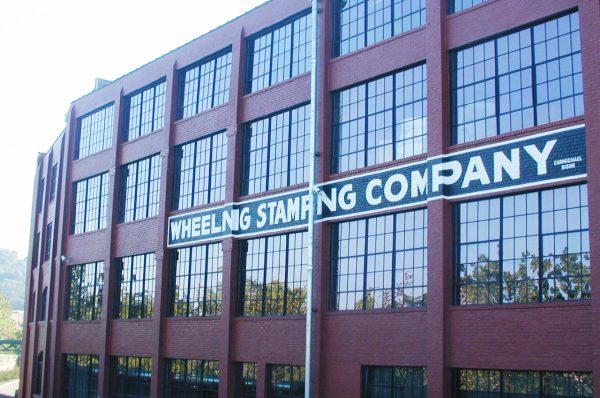 Right now I’m reading The Lost Girls of Paris by Pam Jenoff but my all-time favorite book of the last decade is A Gentleman in Moscow by Amor Towles. To me, it is a beautifully written, captivating, endearing novel.

What’s the best piece of advice you have been given? 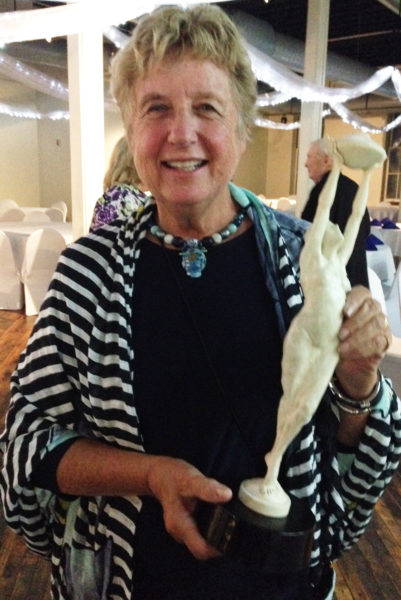 In 2016, Friend received the Wheeling Heritage’s prestigious Friend of Heritage Award. Because of her active involvement in the restoration of The Capitol Theatre, she was given a small replica of one of the statues that adorn the theater’s upper loges. The reproduction was created by artist Eric Price.

I was at a turning point in my Atlantic City, New Jersey, career and asked a respected Philadelphia developer if I should go further and acquire a law or business degree. He said, “No, to sit in a classroom would be a waste of your time. Travel. You will gain more knowledge and experience by traveling than by acquiring another degree. New people, new cultures, new lands. You’ll be enriched.” I was also told by a Fortune 500 leader, “If you don’t wake up scared, you’re not doing your job.” There were a lot of times when I was scared. After I convinced the WNHAC board to invest $2 million in the Stamping Building without a lease, I walked down to the building. There it was in all its glory — broken windows, pigeons, tree growing out the back. I thought, “Oh my, what have I done now?”

If you could be “BEST” at anything in the world, what would it be?

I would choose to be the best artisan or craftsman, a simple skill that would be called upon to repair Notre Dame. To be a small part in a great effort.

That’s hard to answer. I am who I am. I have always tried to stay understated, in the background, part of a team effort. This individual attention is rather overwhelming.

Interesting. Wheeling’s Comprehensive Plan identified, I think, 14 neighborhoods. Each is unique. I’ll say that I like that one I’m standing in at any given moment.

To continue on its path. To be open to newcomers and former residents like me when I returned to my home town in 1983. Oh, and don’t forget to include your partners!

• Jeremy Morris is the executive director of Weelunk. He spent 10 years at the Wheeling National Heritage, initially as the program manager and later as executive director. He was a co-founder of the organization that became Reinvent Wheeling, a founding member of the South Wheeling Preservation Alliance, and served three terms as board president of the Preservation Alliance of West Virginia. He is a firm believer there are only two types of pizza in this world, good pizza and great pizza. Likewise, he carries a strong belief that coffee is a precious resource and should be properly roasted with extreme care. He is a strong advocate for second and even third chances when necessary. Jeremy is married to Mihaela Szabo, and they have two daughters, Amelia and Olympia.