As Weelunk ingrained itself in our community, many more folks forwarded their story ideas to me far more often than during our first two years of operation.

And many of those suggestions did come to fruition during the course of the year, and I am confident the same will prove true in 2018. At any moment, if a Weelunk reader has a revelation, delivering it is as simple as emailing me a note at steve.novotney@weelunk.com.

Here are, according to Google Analytics, the stories of mine you found most interesting beginning with No. 10, and completing with the most-read articles I provided to Weelunk in 2017. I have included any updates on the topics included and also offered additional insight. 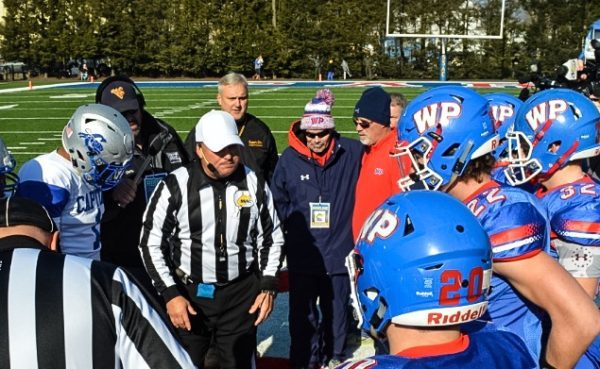 He dreamed of watching his son, Nick, win a state football championship, and that’s exactly what he did on Dec. 5, 2015 on Wheeling Island Stadium. The victory served as the culmination of a mindset Mark Nardone procured as the head coach of the Wheeling Park Patriots from 1998 until retiring from the position 11 seasons later.

Team. Win. Brotherhood. All. In.

And then, after doctors diagnosed him with what’s commonly known as “Lou Gehrig’s Disease” (amyotrophic lateral sclerosis or ALS) in 2015, he eventually arrived at a peaceful place and, as his physical activity became more limited than ever, Mark simply wanted to survive until Christmas 2016. 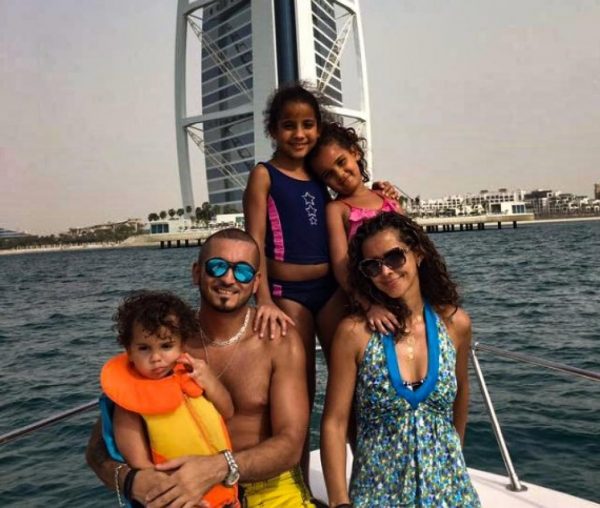 The Misk family owns and operates a charter boat company in Dubai.

It is a tale that played out for many children raised in the Wheeling area.

This area has long been a terrific place to raise children because of the school systems, the recreational opportunities, four-season weather, and close proximity to cities like Pittsburgh, Columbus, and Cleveland.

But in 1991, when Trishia (Chaney) Misk was graduated from Wheeling Park High School, she did not view her future here because of a lack of opportunity. So, at the age of 20, she collected her belongings and moved from her home on Wheeling Island to Florida and then accepted a job in the United Arab Emirates.

That’s where she met the man who would eventually become her husband and the father of their three children, and the couple own and operate a yacht charter company in Dubai.

The same day Susan Hagan shared Trishia’s story with me, I contacted her for the story. At that time, Trishia had not returned home in nine years, and it will soon be 10 next month. But she says she’s determined to come see what’s taken place in her native city, and, of course, to satisfy her craving for DiCarlo’s Pizza. 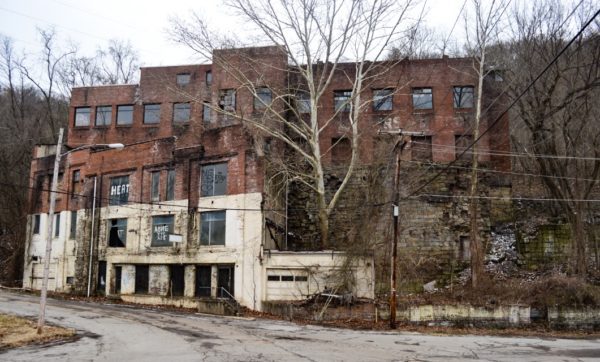 This large, vacant structure rests in the Manchester area near the bottom of Rock Point Road.

Manchester? Where is that neighborhood?

Local residents and those traveling through the city along W.Va. Route 2/250 near East Wheeling view the area every day. It’s over there, across Wheeling Creek, and it was once the home of Reymann Brewery until prohibition was enacted in the Mountain State in 1914.

When the Manchester Bridge was still in place, Rock Point Road from Mt. de Chantal Road was known as the “back way to Wheeling,” but that’s not been true since the early 1990s because of the span’s closure. After any hope for repair was erased with its removal in 1996, city officials at the time first promised a replacement, and then former W.Va. Gov. Cecil Underwood swore the state would partner with the city to get a new bridge in place.

Never happened, and these days such a possibility has vanished from consideration unless, according to Wheeling Mayor Glenn Elliott, a private-sector developer expresses interest in the secluded land. 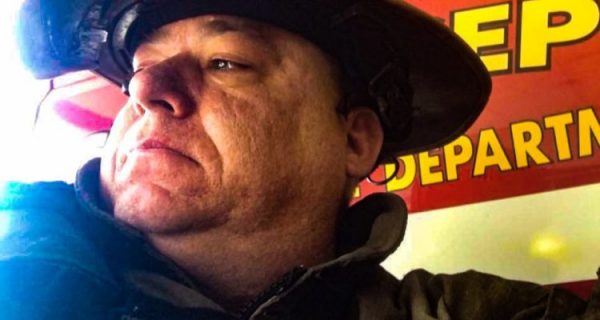 We had been friends on Facebook for a few years and had engaged in a few in-person conversations, too, but this past June 5th I received a message on Facebook that was longer than usual.

Noel needed to deliver a message, the note let me know, and one reason why, in his words, was that, “I refuse to use the word terminal.”

Instead, Noel explained his battle against cancer as, “incurable,” after a three-struggle initially waged against colon cancer.

“The fight isn’t about me anymore. I know where my road ends. Was just hoping you might be able to help in letting folks know to get screened, and never give up hope.

“You wouldn’t believe how many are ashamed they have cancer. They look at it as something they are ashamed of and never tell their story. Breaks my heart.”

But Noel, a firefighter most of his 50 years, told his tale because he never wished to stop saving lives. “Get screened,” he’d repeat when on AM 1600 WKKX because he wanted it to sink in.

Noel passed away on Nov. 9 surrounded by family, but only after he compiled a short “Bucket List” that, yes, he successfully checked off. As well as reporting to work as chief of the Moundsville Fire Department, he flew in a helicopter, ate a lot of different, new foods, four-wheeled the Hatfield-McCoy Trail, and spent “as many hours possible with friends out Fish Crick.”

“I tell all my fellow cancer folks, ‘Where we go, we all go (because) no one fights alone.’” 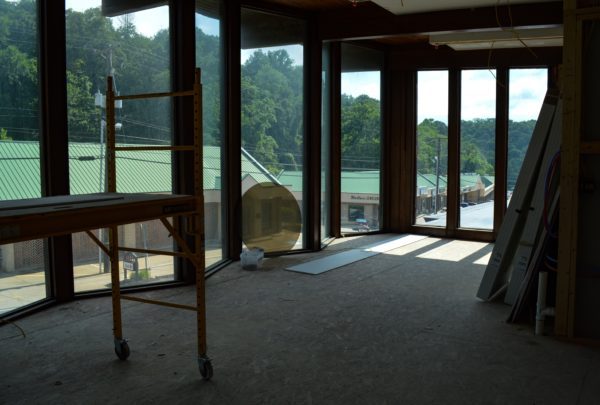 The former home of Ernie’s Esquire is now “Woodview,” a residential housing development for residents 55 years old and older.

At least the structure still has the original fireplace on the reception hall side, even though the interior no longer is a reception hall. Instead, through the building that once housed the historical Ernie’s Esquire, are 40 apartments for residents 55-years-old or older.

It’s called “Woodview,” and Roger Kent’s renovations over the past two years have paid off because the complex is getting close to crowded. The Esquire closed in 2005, but struggled for many years prior. Owner Ernie Pandelos, who passed away in February 2016, once operated eight different fine-dining eateries in the tri-state region, but each closed once dine-out trends swayed toward casual atmospheres.

There was a time, though, when dinner at Ernie’s Esquire was a special kind of affluent experience. The menu featured shrimp cocktail and prime rib and not fried clams and an open-face Delmonico steak sandwich, and live music, most often jazz, was a constant on weekends. The Esquire was the “place to be seen,” and local lawmakers, entertainers performing at one of the local theatres, or leaders of organized crime all were frequent patrons. 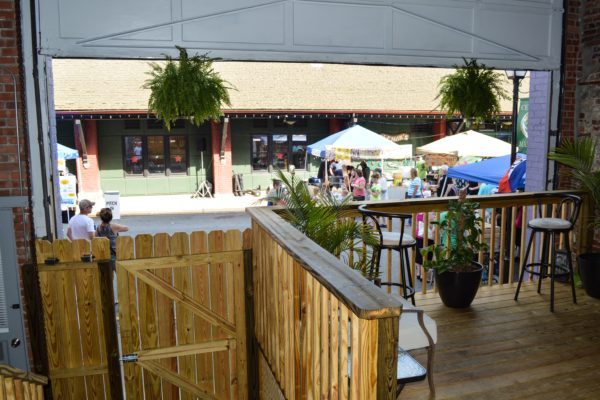 Although the home still appears as a site for light industry, the DiNardo family has called Centre Market home for more than a year.

It appears industrial, and it once was, but unless Mike and Chasity DiNardo open their garage door, you will not realize the structure along Market Street and directly across from Coleman’s Fish Market in Centre Market is actually a home.

This stretch of Market Street features businesses like Market Vines, the Wheeling Brewing Company, Centre Cup Coffee, Casa de Vino, Accents, Savvy Divas, and the Vintage Cottage, and smack-dab in the middle, the couple and their teenage daughter live.

The couple has been an item since they were 13 years old, and they are members of Brooke High’s Class of 1993. They operate DiNardo Flooring out of the spacious basement, and that’s also where Mike’s band, “Curse the Wicked,” rehearses.

The building, constructed in 1900 for a beer distributor, has been the home of several light industrial companies through the years, but was converted into a residential space nearly a decade ago. 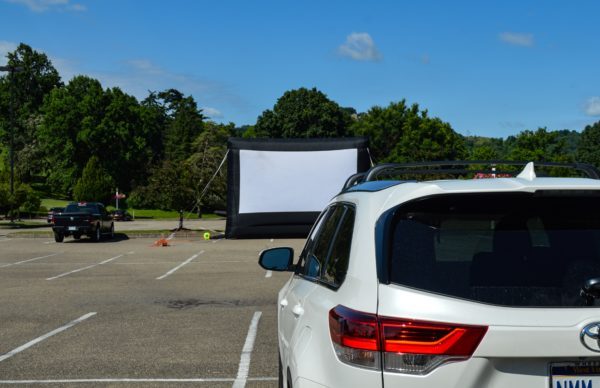 The management of Wheeling Park chose “Grease” as the first movie for the weekly drive-in nights near the White Palace.

It’s sort of a weird deal the Wheeling Park Commission made with a film distribution company.

Show the movies for free, sure, the contract states, but promoting the showings, well, is prohibited. Hints, however, are allowed so the management of Wheeling Park took to social media to spread the word about a new feature at the municipal park. The first movie was, “Grease,” and the T-Birds and Pink Ladies did the trick. The parking lots near the Stone Room and White Palace were full with folks of all ages, and the entire series followed suit. “Friday the 13th,” “Gremlins,” “Twister,” and “The Breakfast Club” all attracted huge crowds.

According to Wheeling Park Manager Nat Goudy, the drive-in will open again in the summer of 2018. 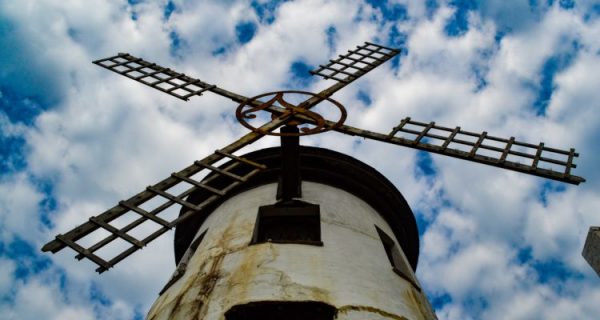 The unique structure stands atop Wheeling Hill and has been renovated into a social club for the area’s youth.

At the age of 51, I remember this unique structure as only an office or a bar.

Since the final tavern shuttered, it’s rotted to a fearful level, making most worry about losing a building that people from near and far always remember about the Friendly City. However these days the Windmill Pub is again open, but the owners are serving a much different public.

Dan Millhouse entered into a partnership with the Pandelos family to renovate the building, one that dates back to the early 1900s and initially was constructed by the Sterling Oil Co. as a gas and service station. These days, though, the Windmill offers an inviting environment to teenagers without the presence of alcohol and drugs. Local musician Shannon Canterburry plays acoustic sets and hosts Karaoke nights often, and there are several coin-operated games available, too.

New floors, updated plumbing and electrical systems were installed, and the façade has been addressed, too. Millhouse has churned the actual windmill, too. 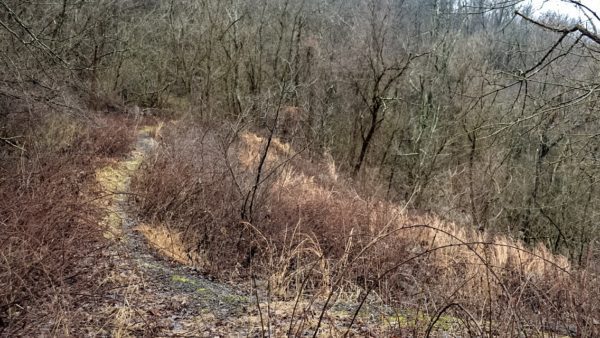 The roadway once stretched from OVMC to the village of Bethlehem, but was closed after this landslide claimed most of Chapel Hill Road.

TWO – The Life and Death of Suicide Hill

There are a few different sides to this story, and they include the history, the present, and that “bridge to nowhere” erected above W.Va. Route 2 near the Ohio Valley Medical Center.

For many years, Chapel Hill Road offered a quick path from the village of Bethlehem to the area of downtown Wheeling, but far too many mudslides occurred along the roadway. The final one, which took place when the construction of the span that connected 22nd Street to Chapel Hill Road was in progress, closed the road for good.

Jesse Mestrovic with the city of Wheeling has navigated the overgrown trail from top to bottom, so he’s aware certain areas of the path would prove problematic for some hikers and bikers. It’s worth more investigation, he believes, because a part of his mission is discovering new venues for outdoor physical activities for local residents and visitors, as well. 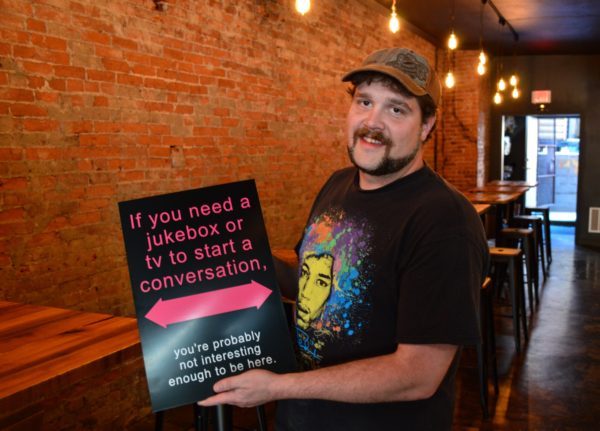 Dave Comack opened Tacoholix early this year and has recently expanded his hours of operation to include lunch service.

Owner Dave Comack referred to it online as “getting Weelunked.”

The day story published on June 9, the restaurant was so busy Comack ran out of food. His service staff had to explain to patrons other options over and over because, well, the impact was not calculated when stocking for what was supposed to be normal Friday dinner rush.

“I don’t know if anyone has coined the term ‘We got Weelunked,’ but that’s exactly what happened to us last night,” Comack scribed on the Tacoholix Facebook timeline. “Our daily sales more than tripled yesterday since an article was published about our tavern on Weelunk yesterday morning.”

And the eatery, located at 1062 Market Street, has experienced much success since, and recently has extended its hours of operation from lunch into the evening. Thursday evenings Comack hires local musicians to perform live, and each day Tacoholix offers a taco special.